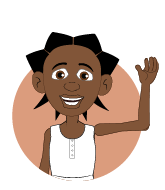 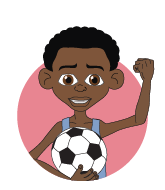 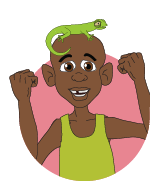 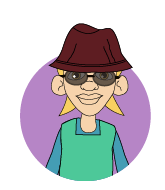 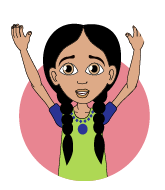 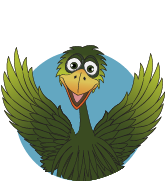 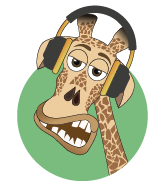 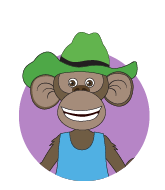 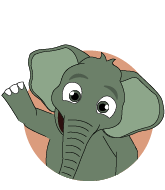 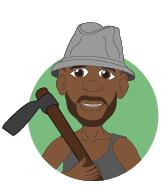 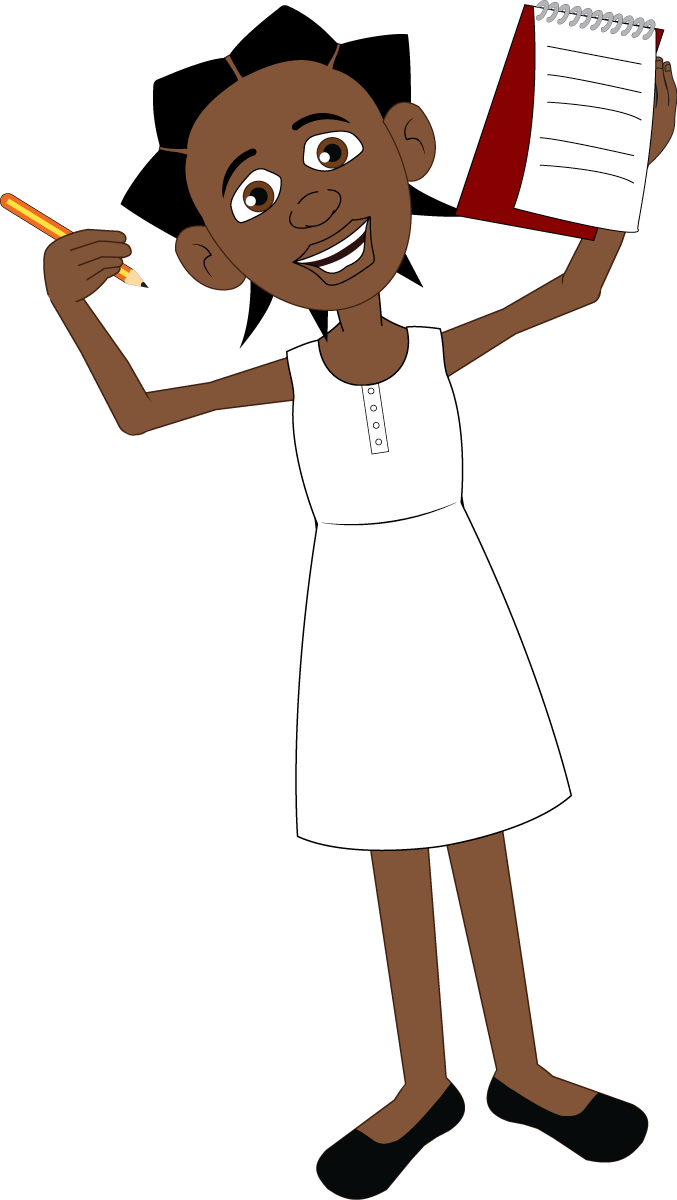 This is Kibena. She’s 10 years old and everyone’s most reliable friend. Whatever the problem, Kibena is always ready to lend a hand. She lives with her Bibi (grandmother) who encourages her to try her best – it’s no surprise she’s at the top of her class in school!

Name: Kibena Nambari
Age: 10
Family: Grandmother and mother (who sells chapatis in the city)
Favourite Hobby: Reading
Hates it when: Her friends want to copy her answers on school tests
Biggest Secret: She once raised five baby bunnies under her bed for 3 months without her Bibi knowing! They were all alone and she HAD to help them! 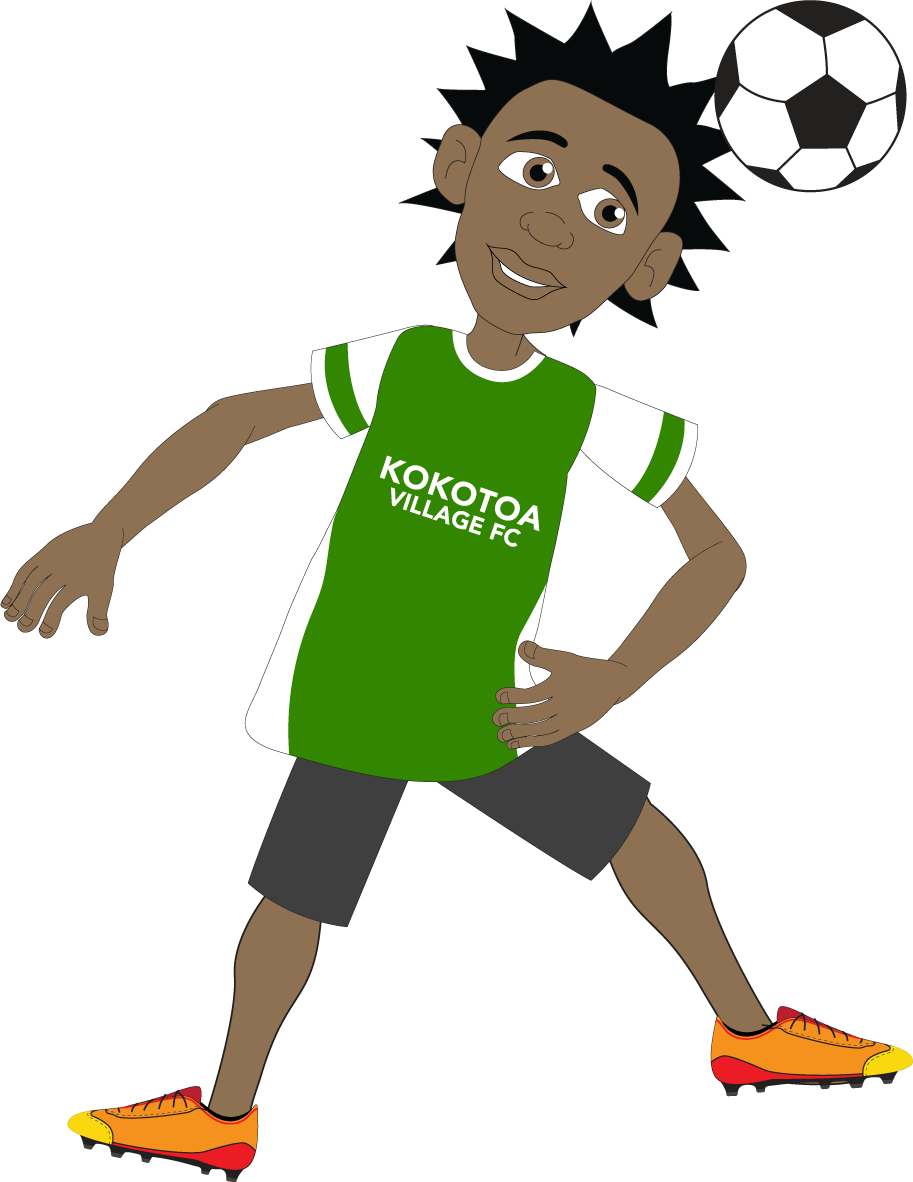 Kiduchu is 11 years old. You can’t miss her with her unique spiky hairstyle! She likes to think she’s the boss, but sometimes forgets to think before she acts and lands herself – and her friends – in trouble. When she’s not playing sports or on an Ubongo Kids adventure, she’s making plans to travel to space as the first female African astronaut!

Name: Kiduchu Sila
Age: 11
Family: Mother, father and brother
Favourite Hobby: Any sport – especially football and keepy-uppy!
Hates it when: People tell her to change her hairstyle
Biggest Secret: She once dressed as a boy to take part in a boys-only football match – and won!

Koba is 11 years old, a film-making fanatic, and big brother to Baraka and baby Mwenda. He might complain to his friends, but he secretly loves the responsibility of being a big brother. In fact, he tries to act like one for the whole community, whether that’s bringing electricity to his school, or starting a community garden. 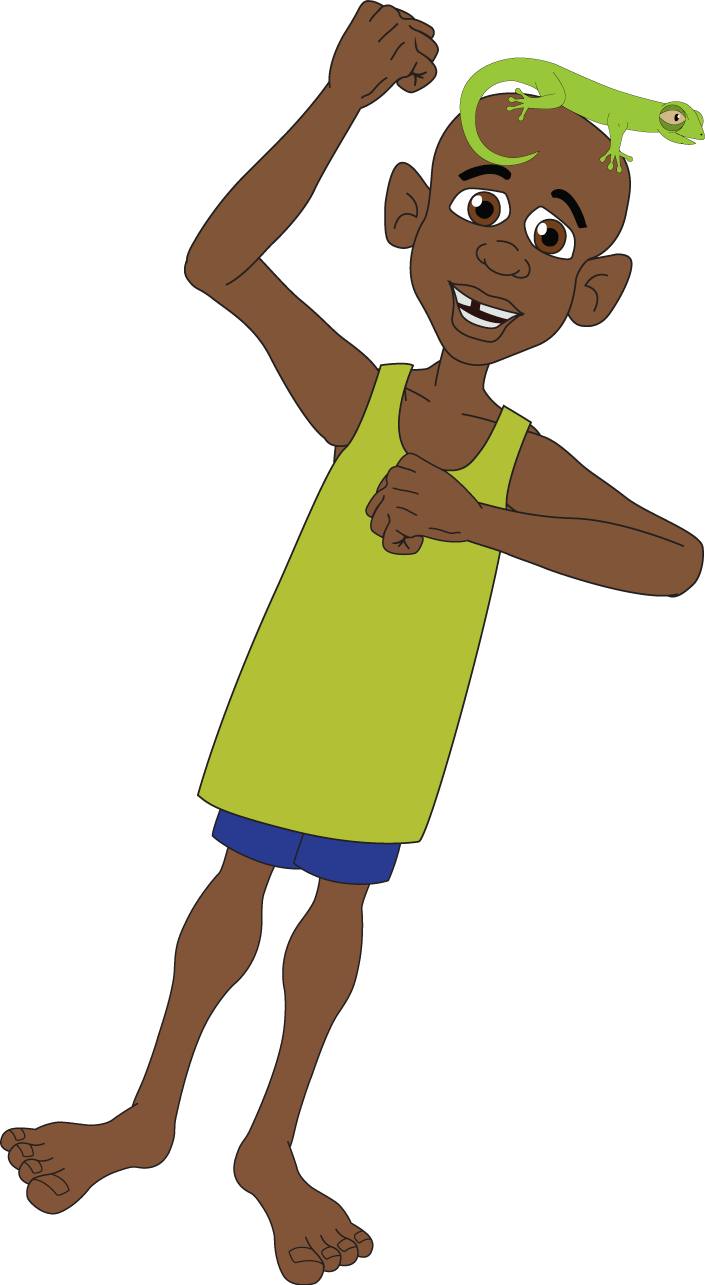 Baraka is the youngest of the Ubongo Kids and he sure knows it! He’s always looking for ways to make himself grow, and likes to mess around and be silly (he sometimes struggles to be taken seriously!). Baraka is full of questions and doesn’t give up until he’s found the answer he’s looking for, but sometimes his grit makes him a just a little bit stubborn!

Name: Baraka Chimo
Age: 9
Family: Mother, big brother (Koba) and baby sister (Mwenda)
Favourite Hobby: Basketball
Hates it when: Others tell him what to do
Biggest Secret: He sleeps with a picture of Barack Obama under his pillow in the hope that one day he will be a President too 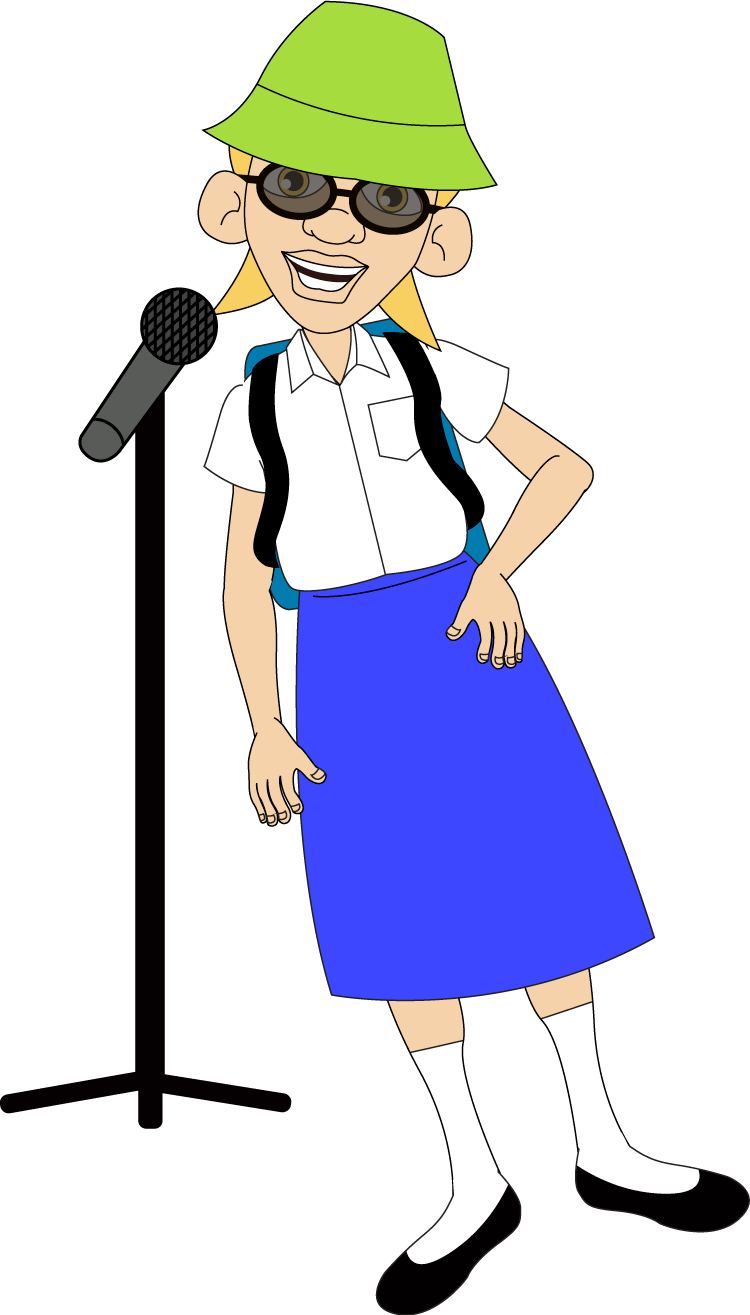 Meet Amani – she’s a 10-year-old girl who has albinism AND the most talented singer in Kokotoa (well, we think so!). She’s sweet and caring, but can sometimes be so focused on her music career she forgets to take her school work seriously too. If Amani can’t find a song to solve your problem, then she’ll happily call on her friends for help.

Name: Amani
Age: 10
Family: Father and big sister
Favourite Hobby: Singing
Hates it when: She has to tidy up other people’s messes
Biggest Secret: She has a secret book where she writes songs about her friends 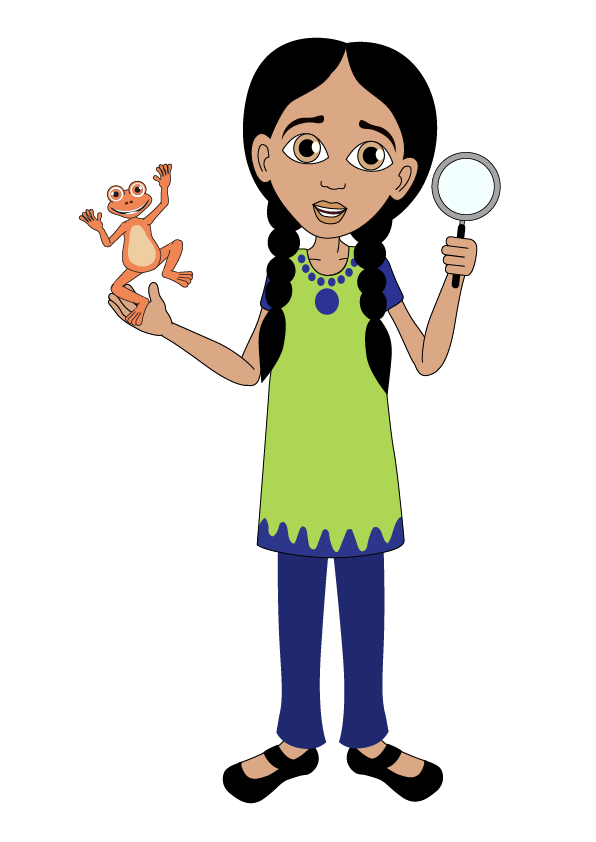 Name: Nina
Age: 12 years old
Family: Lives with her uncle and aunt who are doctors.
Favourite Hobby: Studying / Learning new things.
Hates it when:  She has to eat meat (she prefers being a vegetarian)
Biggest Secret: Not discovered yet. 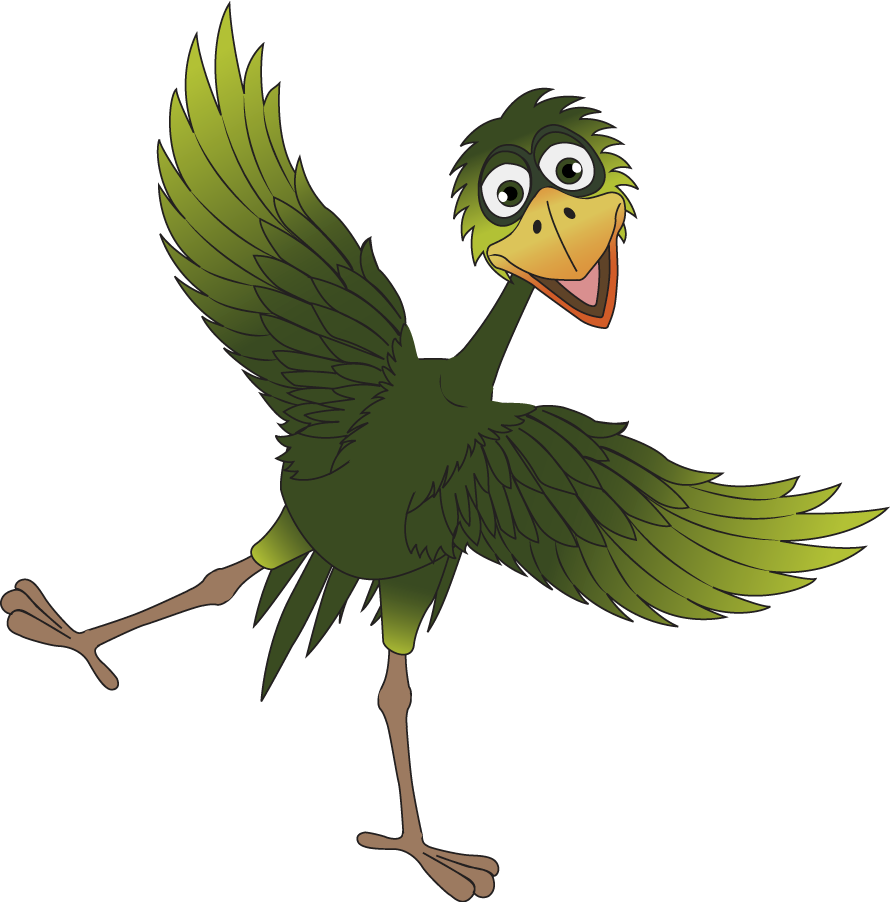 If you’re looking for a wise bird with a knack for math, then look no further! Mama Ndege is the mother of the forest AND a math genius. She’s ready to give advice on any matter, and has a habit of appearing out of nowhere to offer some help when you least expect it but most need it! She’s a big fan of song and dance, and has the most infectious laugh in all of Kokotoa! If Mama Ndege can’t make you laugh, no one can!

Name: Mama Ndege
Age: 60 (in bird years)
Family: Twin chicks
Favourite Hobby: Making up math songs
Hates it when: People discriminate against her for being a bird
Biggest Secret: She is secretly scared of growing old and forgetting everything, so she tries to pass on her wisdom as often as possible, just in case! 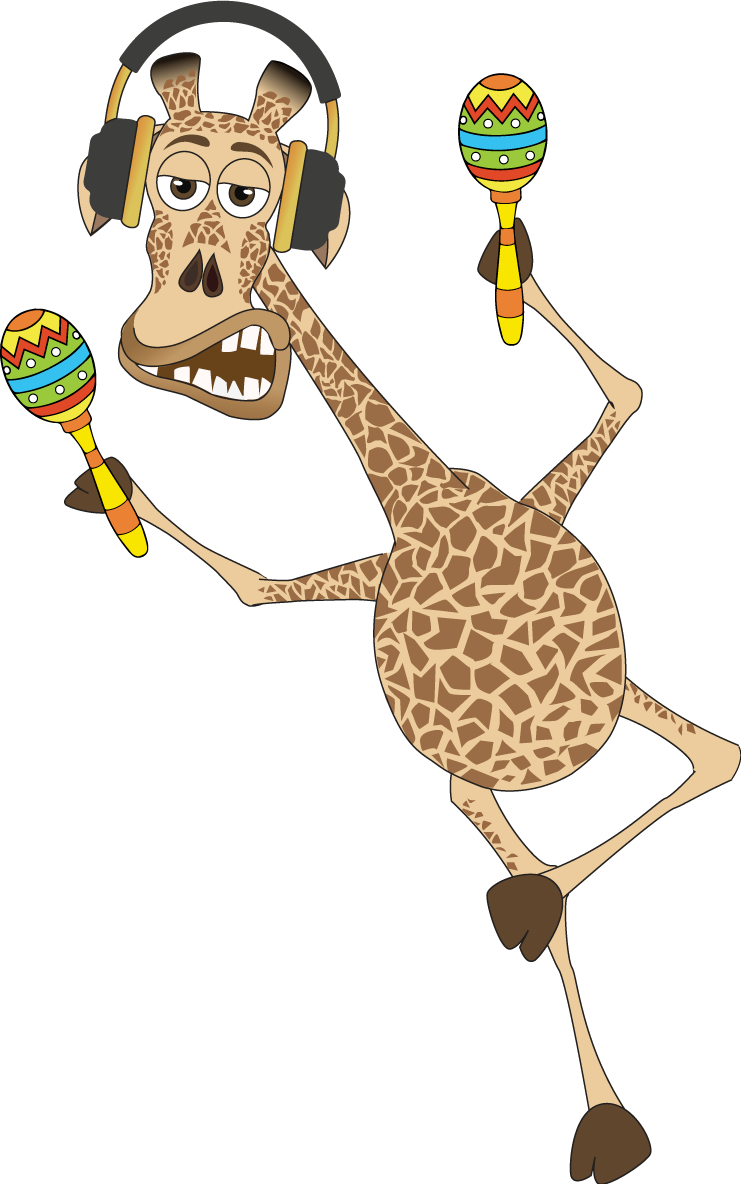 Whoever said giraffes can’t rap had never met Uncle T! He’s the tallest of the animal friends, and he’s ready to rap some crazy rhymes on any topic you like. But don’t be fooled, he’s a sensitive soul at heart, and while he’s often helping out his fellow forest friends and the Ubongo Kids, he’s a bit shy when it comes to asking for help himself.

Name: Uncle T
Age: 41 (in giraffe years)
Family: All the animals! (He was abandoned as a baby giraffe and adopted by the older animals of the forest.)
Favourite Hobby: Rapping
Hates it when: Small animals pull his tail to get his attention
Biggest Secret: He was bullied for his spots as a young giraffe

Ngedere is a monkey on the outside, and a savvy businessman on the inside. He runs a fruit stall at the market, but has big plans for how he’s going to grow his business. He loves to joke and doesn’t take life too seriously, but sometimes this lands him in some tricky – and even dangerous! – situations.

Name: Ngedere
Age: 28 (in monkey years)
Family: Many, many brothers and sisters
Favourite Hobby: Playing tricks on people, and eating pilau!
Hates it when: His tail gets stuck in the door
Biggest Secret: He once wrote Sungurita, the rabbit, a love letter 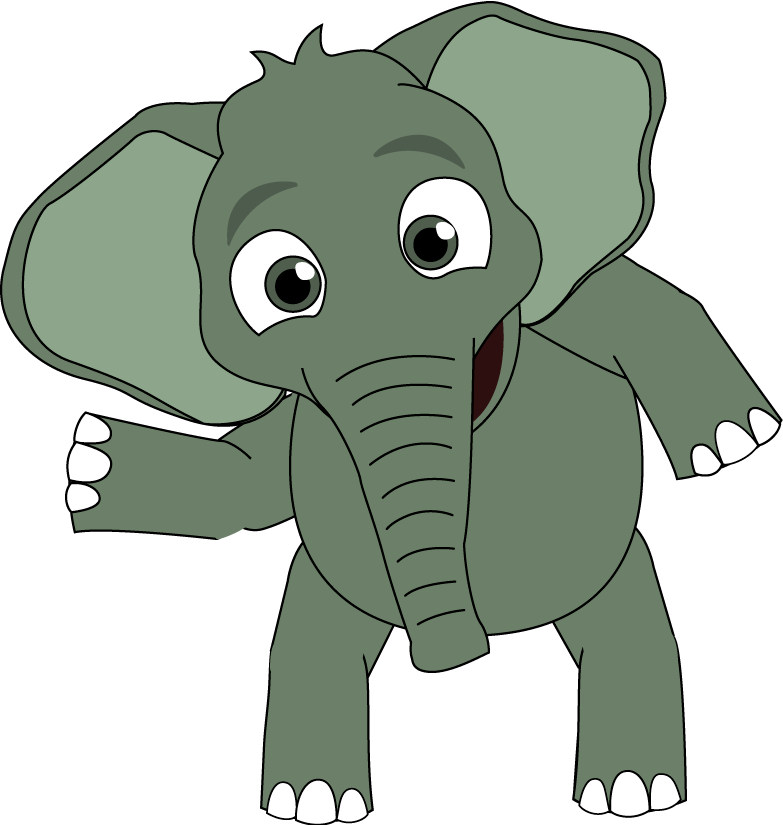 Thoughtful, kind and caring – that’s Tiny Tembo! He’s a sensitive young elephant who enjoys learning just as much as the Ubongo Kids. He’s also a personal finance whizz, likes to save pumpkins, and draw up a budget for any spending.

Mzee Kigo was once a city man, working in an office. But he didn’t enjoy the pollution, noise and busy lifestyle of the city, so he returned to the village of Kokotoa to start a farm. He’s wise, generous and  full of interesting facts – it’s no surprise that the kids always turn to him whenever they need advice.

Name: Mzee Kigo
Age: 65
Family: A niece and a nephew who live in the city
Favourite Hobby: Knitting hats for premature babies
Hates it when: The rats eat his crops
Biggest Secret: He doesn’t know how to ride a bicycle 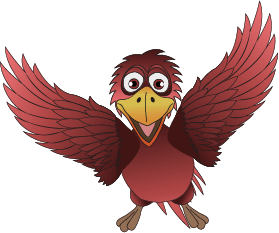 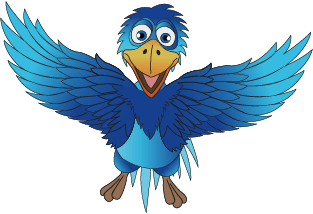 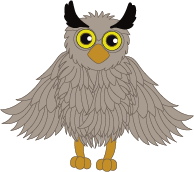 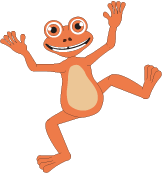 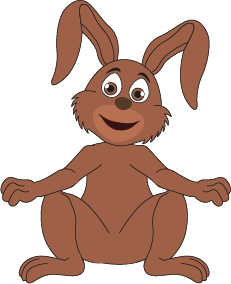 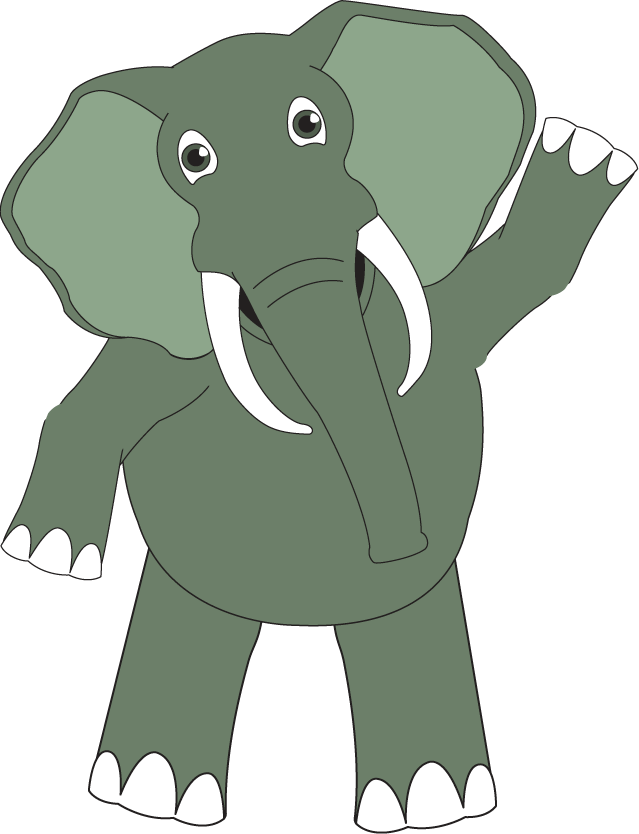 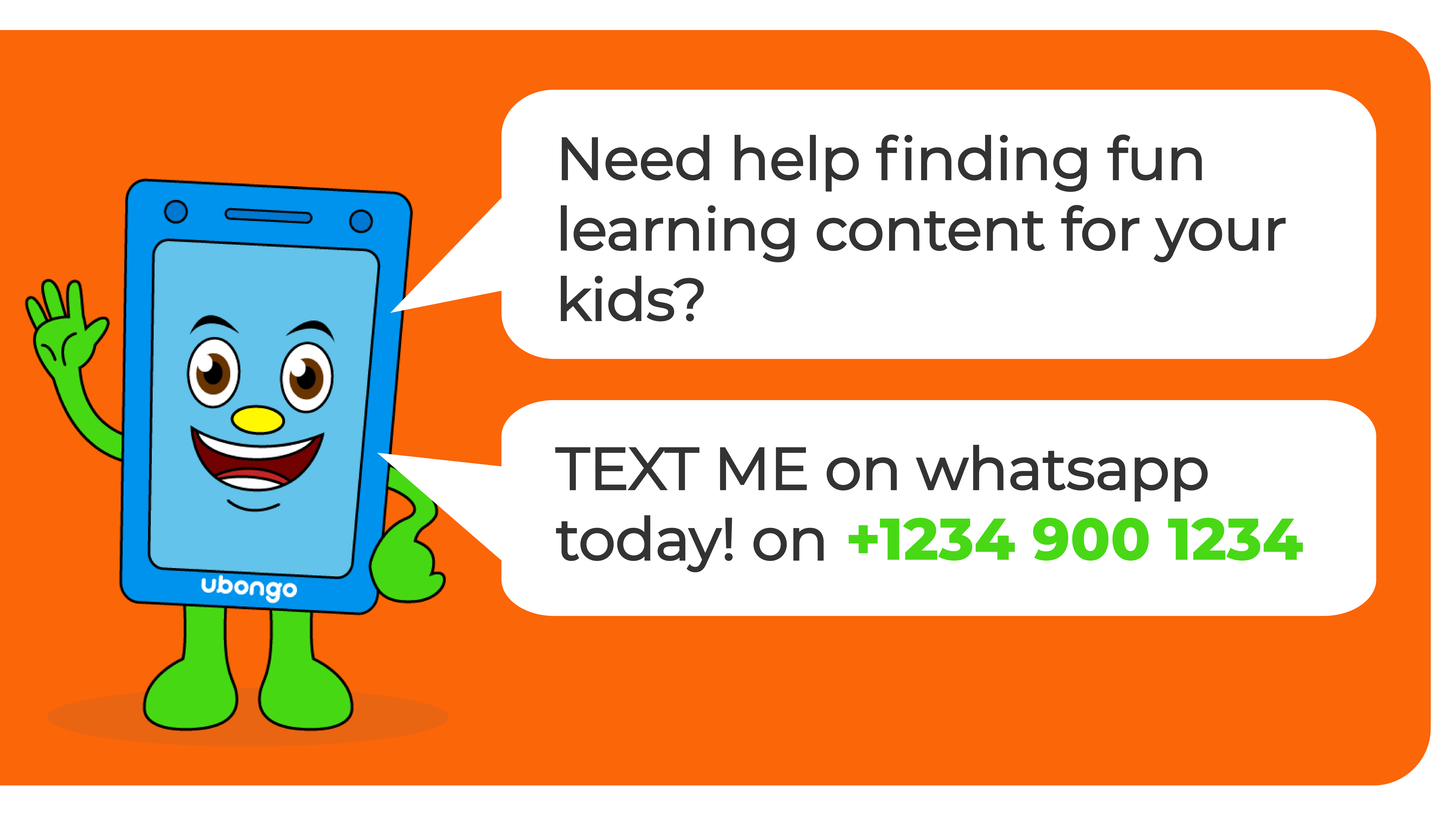